The Terror End of Beauty 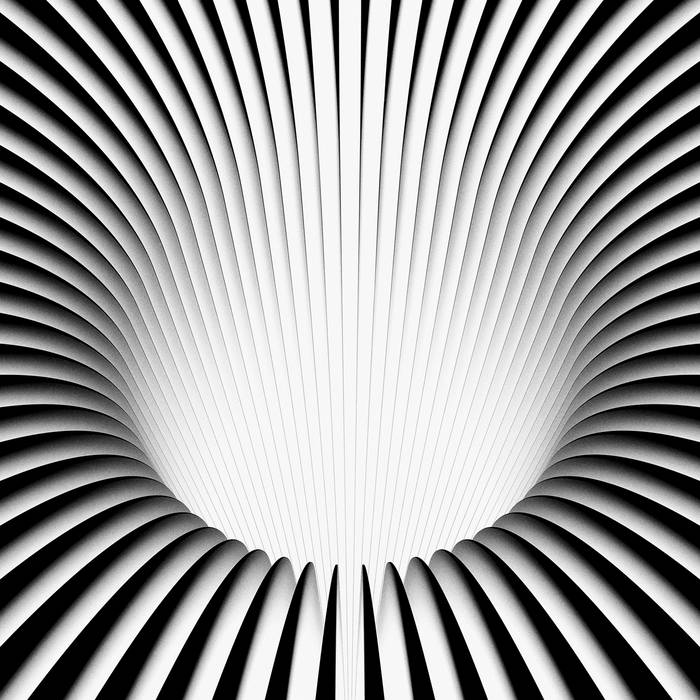 scottmusicfan First listen on this reminds me of the first time I listened to Bitches Brew. Superb.

Paco Music to close your eyes and lose yourself in.

juliok Hard to pick a favourite track. All the colours are represented. HT are tone/emotive wizards. Tk 7 takes me so deep then Tk 8 invigorates again. love it all Favorite track: Redemption Song.

Mistakes Will Be Made

The runner dashes toward the cliff’s edge, his hang glider’s wings rattling above. He has reached the crest and, before he can think to stop, he is falling. For those few seconds before the wind mercifully sweeps him away, he is in a freefall, in a state of exhilaration, heightened awareness and, perhaps, terror. Yet, he has committed himself and had to push through the fear in order to soar.

The members of Harriet Tubman find this an apt analogy for their musical approach. For over two decades, guitarist Brandon Ross, bassist Melvin Gibbs and drummer JT Lewis have thrown themselves into making music that is sans genre, infective and overpowering. Their years of experience playing alongside and driving many of the improvised music, jazz and rock’s most celebrated ensembles have prepared them to run this gauntlet, The Terror End of Beauty.

The world of progressive and improvised music has lost a number of luminaries over the past few years. The passing of Ornette Coleman, Cecil Taylor and Ronald Shannon Jackson, among others, has left their heirs to grab the reins of the avant-garde. Harriet Tubman is ready to take the lead in this regard and show the world at large where the music is going. The band lives in the musical space between improvisation and composed music, giving all they have on every performance. Harriet Tubman also continues the legacy of being activists in their music, as can be read quite clearly in tone and title.

As their illustrious predecessors have done, Harriet Tubman approaches their music making without preconceived notions of what it needs to be. It is only music that is necessary to make and, to make it, the band must commit fully to its creation. Harriet Tubman has taken this approach to live performance, bowling over musicians and fans alike, and, up to this point, in the recording studio, having released live performances, whether in concert or through-performed in the studio.

The Terror End of Beauty finds Harriet Tubman utilizing the studio mastery of legendary producer/engineer Scotty Hard to expand and amplify their sound. Hard essentially becomes a fourth member of the ensemble as his musical insight, collaborative approach and technical expertise shape the sound of the new recording. So in essence, The Terror End of Beauty finds the trio modulating their core approach by augmenting their sound in the studio, taking their latent sound and coming up with something completely different.

The recording begins with Gibbs’s “Farther Unknown,” a follow up to his “Wadmalaw Island” from Power Tools’ s Strange Meeting that continues his evocation of his Gullah/Geechee heritage.. It is based on the ancestral African-American multi-rhythm called “ patting juba,” with Gibbs splitting the two overlapping time signatures embedded in it between an intricate “phrase rhythm” melody played by Ross and the foundational three event Gullah/Geechee rhythm played by himself while the simpatico Lewis plays the multi-rhythmic “weave” that is the heart of the “juba” pattern. The loping “3000 Worlds” reinvents an earlier Harriet Tubman song but with its melody played as a retrograde inversion by Ross over a dub bass and strong backbeat with Hard adding mysterious loops and effects.

The ghost of blues legend Willie Dixon presides over “The Green Book Blues,” an intrepid, trucking song that echoes the changing landscapes of African American migration, from the quasi-Mandinka groove of the first section of the song, to the Afrofuturist blues of the second, which kicks in after a dub drop. The title refers to The Negro Motorist's Green Book, which informed black auto travelers of locations that would and would not be accepting of their presence. A murky commentary on the gentrification/colonization axis, “Unseen Advance of the Aquifarian” is an intense example of the trio’s ability to create a moving piece while jamming. Emanating from another dark jam, “Prototaxite” is named for a towering, prehistoric fungus and tackles the idea of “doom music” coming from the black musical experience, or rather a very slow and loud extension of the blues.

“Drumtion” is an incredibly played feature for Lewis, which highlights his singular approach to the drumset, focusing on the musicality of his playing and his attention to a melodic approach. Having recently created a unique, looped arrangement to play with Cassandra Wilson, Ross brought in his evocative cover of Bob Marley’s “Redemption Song,” which emphasizes the emotional force of the tune while harkening to the deeply holistic spirit of Alice Coltrane’s ashram chanting. The funky “Five Points” is another very slow and loud extension of the blues, a minimalist construction which grows out of three separate grooves, one in 4/4, one in 5/4 and the third in 6/4, into another magical, rhythmic dub-infused creation.

Gibbs brought in the haunting “The Terror End of Beauty,” a fresh and laid back tribute to friend, mentor and guitar legend Sonny Sharrock that finds brute force in an elegiac soul music form. The final composition by the band evokes Gibbs’s tour and pilgrimage to the city of Tuljapur in India and its Bhavani temple, “Tuljapur Handprint” is a mediation on the “reality” of life always being present even in the most hallowed of places, in this case a dusty town that shows a priest’s blessing with a handprint on the worshipper’s dirty clothing.

The music of Harriet Tubman encapsulates the essence of Great Black Music, from blues to soul to jazz and rock to the rhythms, modes and composition strategies at the heart of Electronic Dance Music. The band’s singular blend can be heard in its most crystallized form on their new The Terror End of Beauty, which finds Harriet Tubman focusing their sound with the help of producer Scotty Hard in both a heavy and open-handed fashion.

Featuring appearances from Kari Faux, Bluestaeb and and interview with NY-bred artist Wiki